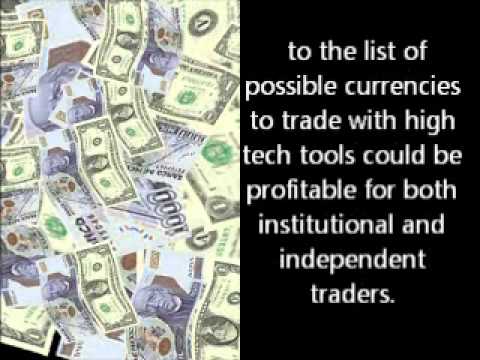 Currency Decay is Spreading from Turkey and Argentina: The Bearish bets on Indian rupee, Indonesian rupiah at highest in years


Bearish bets that the Indian rupee will weaken rose to their highest level in five years over the past two weeks, a Reuters poll showed, as the unit hit fresh lows, while most emerging currencies reeled from dollar strength and trade tensions.
On Thursday the rupee breached a psychologically important mark of 72.00 for the first time on lack of supply of dollars in the forex market.
The rupiah, which was 0.2 percent stronger against the dollar on Thursday afternoon, has fallen nearly 10 percent this year and has been hovering around levels last seen during the Asian Financial Crisis 20 years ago.
Bearish bets on the Singapore dollar remained largely unchanged, while those in the Chinese yuan decreased marginally.
The People's Bank of China is likely to increasingly intervene to support the currency over the coming year if the dollar remains strong and trade pressures persist, a separate Reuters poll found.
The Reuters survey is focused on what analysts believe are the current market positions in nine Asian emerging market currencies: the Chinese yuan, South Korean won, Singapore dollar, Indonesian rupiah, Taiwan dollar, Indian rupee, Philippine peso, Malaysian ringgit and the Thai baht.

Livestock on the Blockchain

Banks are conservative and on the surface, they are portraying they hate cryptocurrency! Just look at the famous comment by Jamie Dimon who first says that he is going to fire any employee who buys Bitcoin but suddenly has an attack of conscience and now "regrets calling Bitcoin a Fraud". Of course, the firm he helms, JP Morgan Chase, was caught with its pants down buying Bitcoin as Mr. Dimon sent it plunging from US$5000 to US$3,000!! Brilliant move.
So it should come as no surprise if we find mainstream banks clandestinely supporting Bitcoin or Cryptocurrencies. But what I do find surprising is that there is one initiative support by our Maybank, the Malaysian Banking Giant! Now that is super cool, but what really makes it surprising is this initiative is for the UNBANKED, the segment of the population (the bottom 40% or B40 as our Government refers to them perhaps) that does not have a bank account or is simply not profitable as customers
And the initiative is with Sentinel Chain which now aims to unlock the value of the "hidden assets" which most farmers have, which is LIVESTOCK. Have you ever been to a kampung in the heartland? These are good working folks but they often lack the capital to expand their business. Now, if we could collateralise their assets (here it's livestock, or to put it in Crypto terms the Tokenisation of Livestock) then it would provide them with sufficient capital for expansion or for times when money is needed (imagine that it's the start of the school year but the livestock they have is still not in a position to be "monetised" - borrowing against your assets. This will ultimately bring various financial services to the unbanked such as banking, credit facilities, insurance and even crowdfunding. In short, it uses the spirit of Blockchain to attack a niche area in Agriculture (livestock) and attempts to liberate the farmers from the yolk of Poverty.
And considering that the rural folks form the backbone of the voter base of Malaysia (do you that FELDA alone can sway 50 Parliament seats?) this could be a strategic project in collaboration with the Government of ASEAN countries which have a high percentage agrarian base. And bringing these facilities together with ASEAN giant Maybank is a stroke of genius IMHO. Hello, CIMB, are you around to hear this?
Among the Services that Sentinel Chain will provide are listed below, which now looks like a menu from a financial services Supermart. Have you ever heard of crowdfunding services offered by a Bank?
Well, this seems to all fine and dandy and brings us to a farmer utopia world but how are we to identify the livestock (which have legs and wings by the way) which belong to a particular farmer? It uses an innovative Identification tag for Livestock.
In short, the core components are of this entire ecosystem which also features a Private Blockchain are:
Livestock RFID Tag - a tamper proof RFID tag attached to the livestock which provides immutability of ownership (asset tracking). Geolocation and timestamp information is affixed.
Cross Pay Mobile App (A mobile walled based on Android-Good move, since I doubt farmers have Apple iPhones!!) - A cryptocurrency token called SENC which is also attached to an LCT (Local Cross Pay Token) denominated in the users local native currency (there will be an LCT Ringgit for Malaysia, Baht for Thailand and Pesos for the Philippines are some examples). This avoids the issue of Forex conversion rates and makes usage and business transactions seamless across borders. Cross pay will operate across many countries.
B2B Marketplace - This puts all the components together as a Private blockchain so users can access financial services from providers all over ASEAN. There will be multiple Cross Pay blockchain in different countries
Ok, so now I understand. Could Maybank be secretly backing up all these ICOs and emerge as the Blockchain champion of ASEAN in the future? Leaving rivals such as CIMB in the dust as it moves aggressively into an untapped market? This is such a great ICO opportunity that I am surprised that the ruling coalition (Barisan Nasional) has figured out an idea like this. Releasing the rural folks and bringing them financial facilities of the 21st Century through Blockchain.
This is definitely an investable project in my opinion as it will break existing glass walls to the problems of the unbanked in many ASEAN countries. So there, now even farmers can go to the MOON with Sentinel Chain!!
NOW EVEN "DEAD CAPITAL" CAN BE FUNGIBLE ASSETS.
This is a classic example that blockchain is capable of addressing real-world issues and I would certainly love to see more projects similar to Sentinel Chain in the near future. Meanwhile, you can Google them up for more information. They have an active Telegram community: t.me/sentinelchain and you can find further details on their announcement channel: t.me/sentinel_ANN